The Lands of
Lu Monferrato

It is located in the Basso Monferrato Casalese and covers an area of ​​2170 hectares, with a population of around 1200 inhabitants. From a geographical point of view, Lu Monferrato is at the center of two triangles: about 20 kilometers from Alessandria, Casale Monferrato and Asti and about 100 kilometers from Turin, Milan and Genoa.

Lu attended Celtic, Roman and Frankish settlements, followed later by the dominion of the Aleramici, Paleologi, Gonzaga and Savoy families. The first attestation of the town dates back to 1028, where it appears with the name of Lugo. The current town of Lu Monferrato was born in the XI-XII centuries as curtis (an organized farm) on the highest of the surrounding hills, becoming then in the 13th century a real castrum (agricultural deposit and military bulwark)  and finally a village with squares, districts and churches, all enclosed by a large city wall.

Being strategically located on the highest hill in the lower Monferrato area of ​​the Casalese, it was the domain of various enemies who often faced destruction and misery (such as the conflict between Paleologi and the Marquis of Saluzzo in the fourteenth century and the conflict Franco-Habsburg in the sixteenth century). Despite the destructions of the various marauders, the urban structure has remained fairly intact up to the present day , and gives way to recognize streets, buildings, districts and churches mentioned in ancient documents. 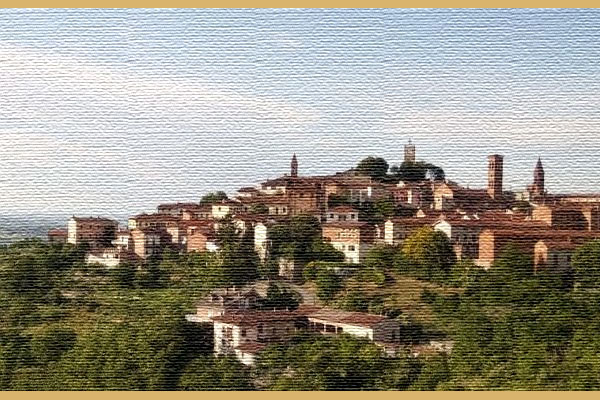 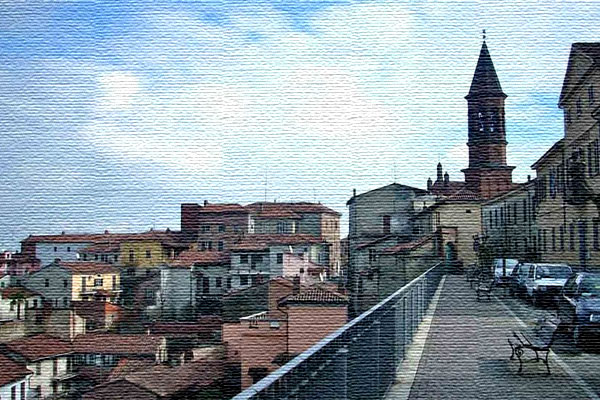